A recent trip to Asheville, North Carolina led me straight to the Biltmore Mansion. This majestic mansion was one of the sole reasons that initiated this trip. You have got to see this 8000-acre, 250 room house with your own eyes!

TIP – Visit in October and you will get to see *the majority* of the Christmas decorations within the house, without paying the additional Christmas price for entrance. 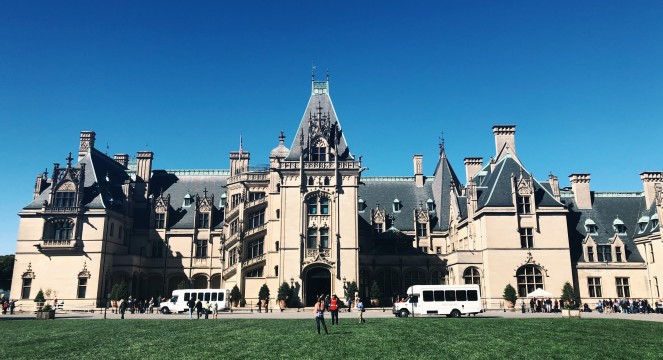 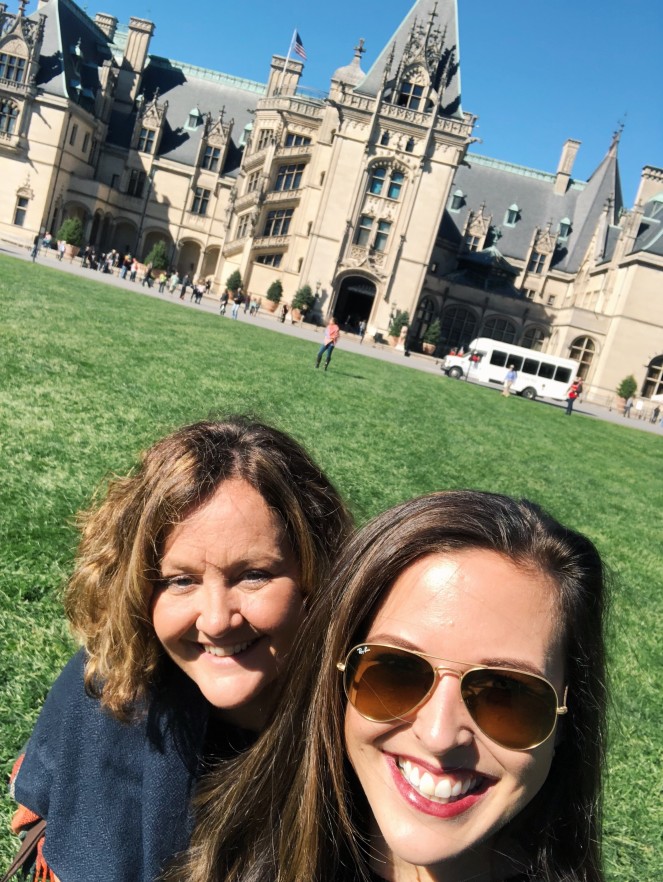 Interesting Facts about the Biltmore Estate

*The estate, originally purchased by George Washington Vanderbilt II, is the largest privately owned house in the United States.

*Most of the house’s furnishings, including tapestries, paintings, and linens, were purchased overseas.

*The house and grounds were opened to the public in 1930, during the Great Depression, in hopes to revitalize the area with tourism.

*Numerous paintings and sculptures from the National Gallery of Art were moved to the house during World War II in the event that Washington D.C.  was attacked. 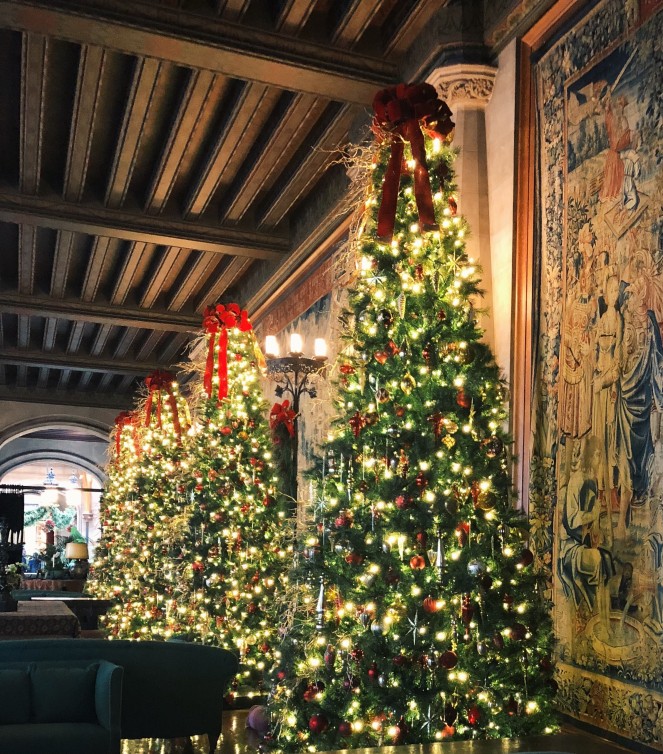 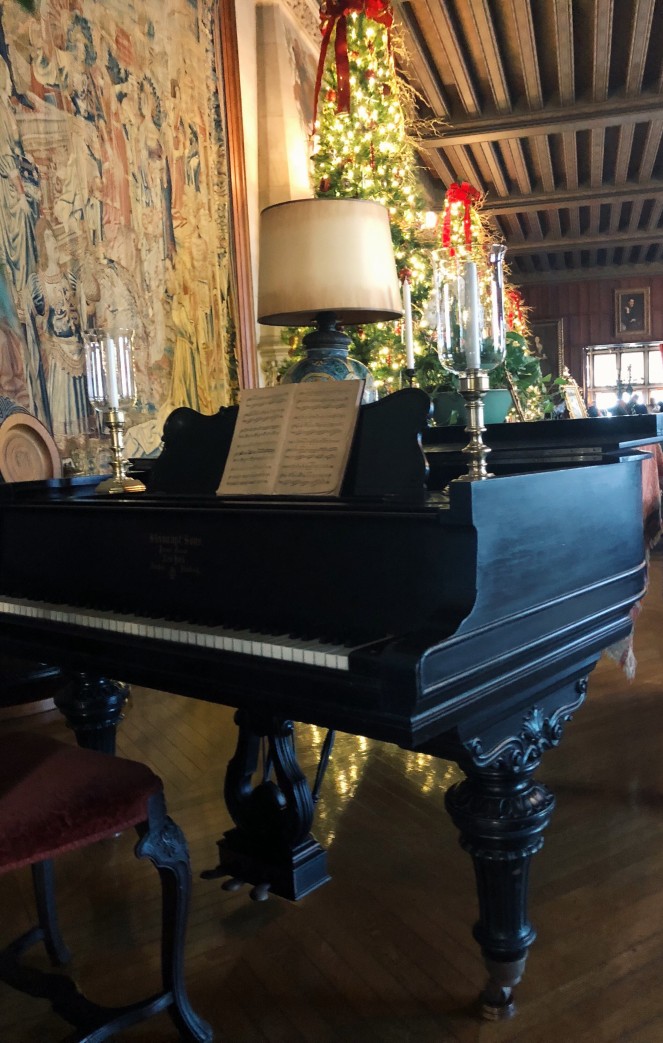 The house took seven years to build, with 1,000 workers dedicated to the finish. Only three full-time residents lived in the house, but guests visited regularly and would stay for months on end. The first through fourth floors were beautiful, but the basement was arguably my favorite. Not only will you find the swimming pool and bowling alley, but also the servant quarters and dining room, along with multiple kitchens and laundry rooms. 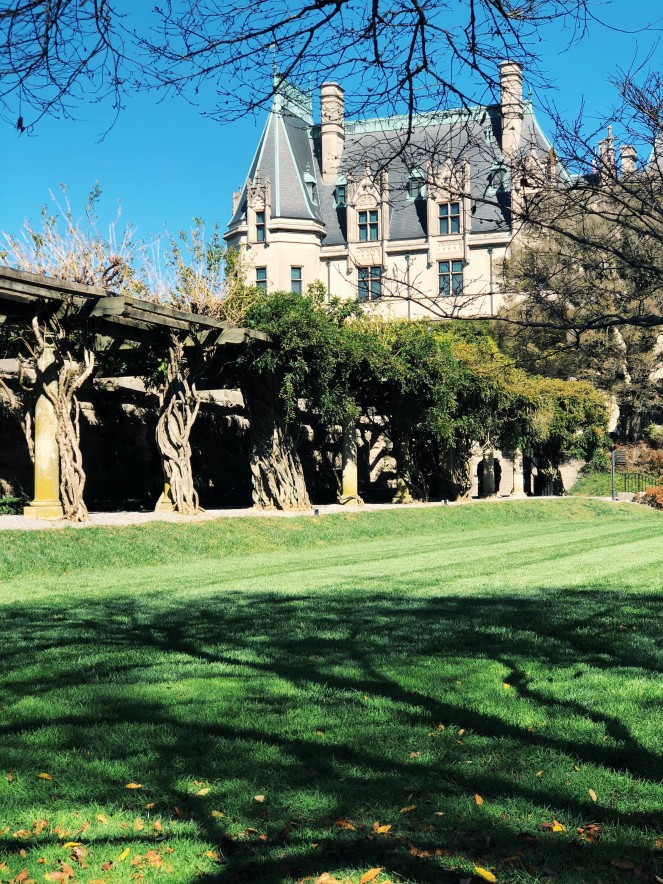 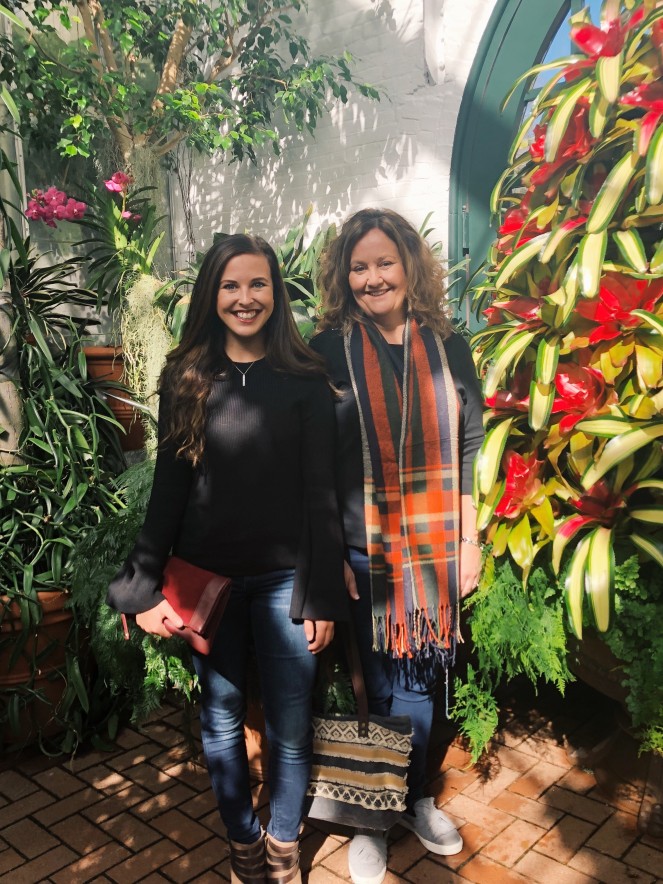 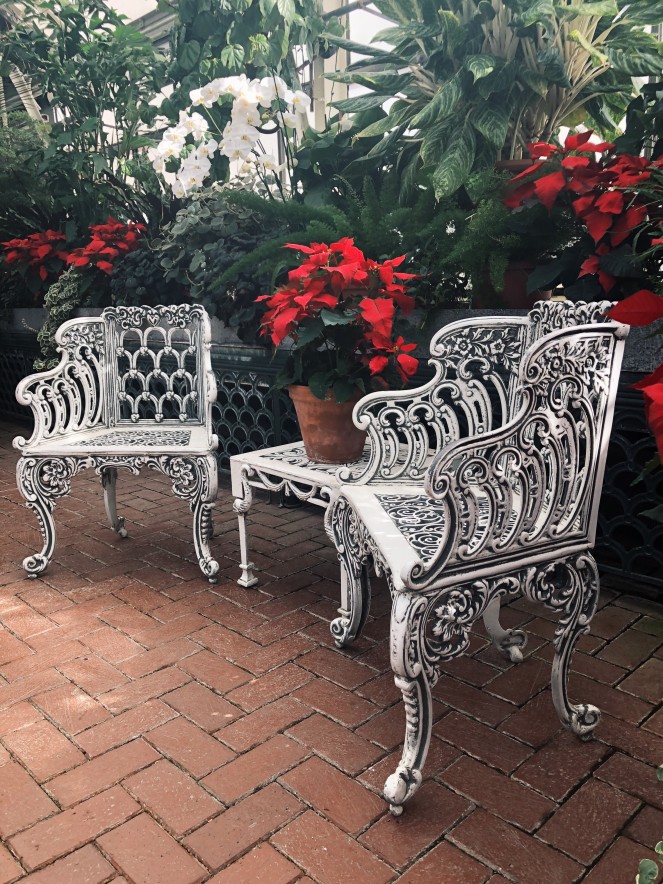 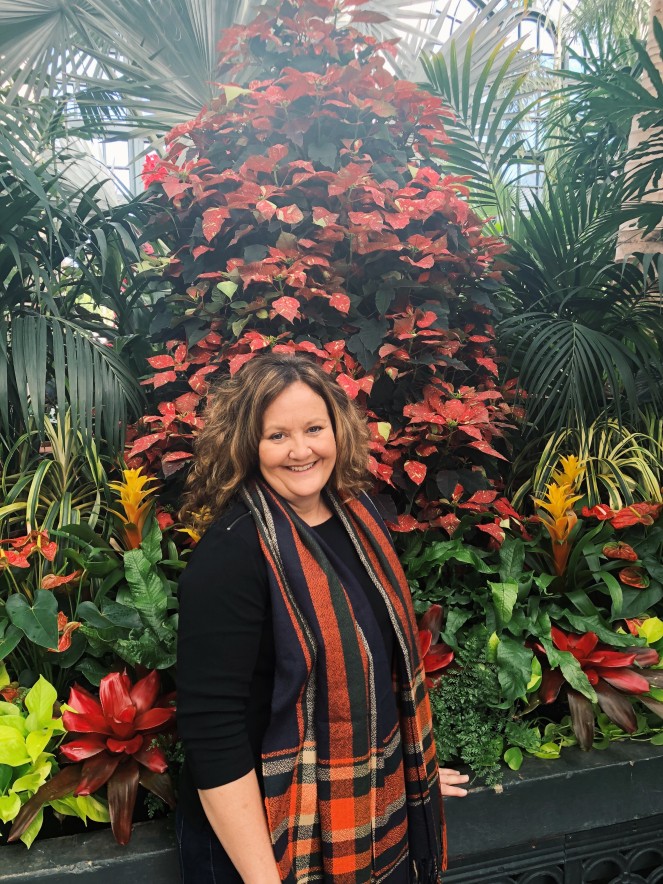 The exterior was equally as beautiful as the interior. The Conservatory was built to accommodate plants and flowers to garnish the house year-round. While we were there in October, the Conservatory was preparing to fill the house with poinsettias, amaryllises, and an assortment of other Christmas foliage.

After exiting the house tour, be sure to make your way over to the Carriage House for a quick bite, souvenir shopping (the Christmas shop is a must-visit), and some amazing ice cream. The Estate used to have a running Dairy Farm and still use fresh cream for their ice creams.

Aside from touring the house and grounds, the estate is home to the Antler Hill Village. The Village is on the route to exit the grounds, and is a nice stop before heading out. There is a petting zoo, along with the Percheron horses used during Christmas time for carriage rides around the grounds. While I have many animals of my own at home, I can’t pass up a quick visit and kiss to all of the critters.

The old Dairy Farm has been restored, and the old machinery is on display. You will also find the Biltmore Winery nestled inside the Antler Hill Village. A complimentary wine tasting is included in your admission to the grounds, but the line was ungodly long, so considering opting out and heading straight to the bar. It’s such a nice, relaxing closer to long day of walking and exploring.

Hope you enjoy your trip just as much as Mom and I did!