Fall is in full swing and the basic girl in us all wants to do “all the fall things.” My best girls from college came to town a few weeks back and, if I don’t say so myself, I showed them quite a time.

I think it is so important to have a plan mapped out when you have an out-of-towner coming to visit you in your city. There is nothing better than having a plan ready for you when you arrive and having a native to show you all the best spots of the city. Last summer I stopped by New York City on my way to a client site, and had no idea where to go, places to eat, etc. and was so bummed because I think my experience would have been so much better if I had someone to show me around. So… if you have visitors coming, HAVE A GAME PLAN!

I’ve got some must-do’s for ya in and around KC this fall, here ya go!

There are obviously tons of great breakfast spots in Kansas City, but Donut Lounge is in the heart of Westport. Since Westport is one of the popular nightlife locations, it is nice to go during the day to avoid the crowds and show off some of the other cool parts of the district. This restaurant basically servers your generic breakfast options, but creatively inserts a donut into the mix. I went with the “Glazed and Gravy.” It was the perfect mix of sweet and savory and I highly recommend it! 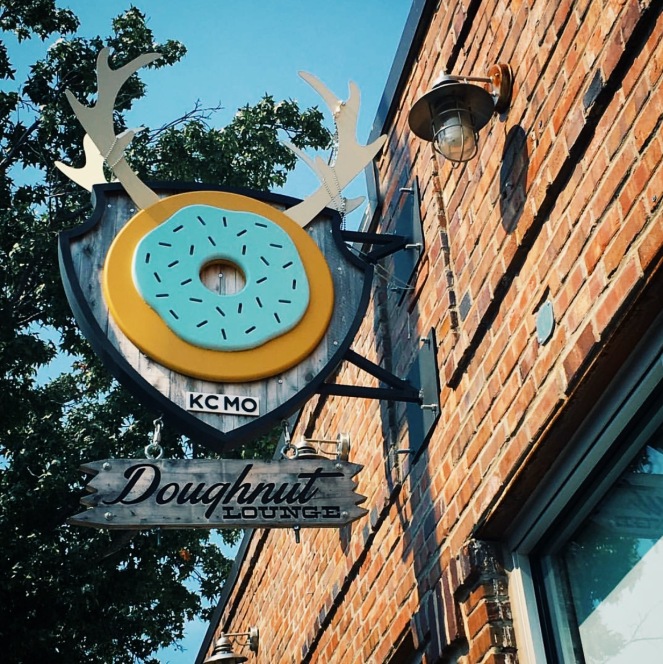 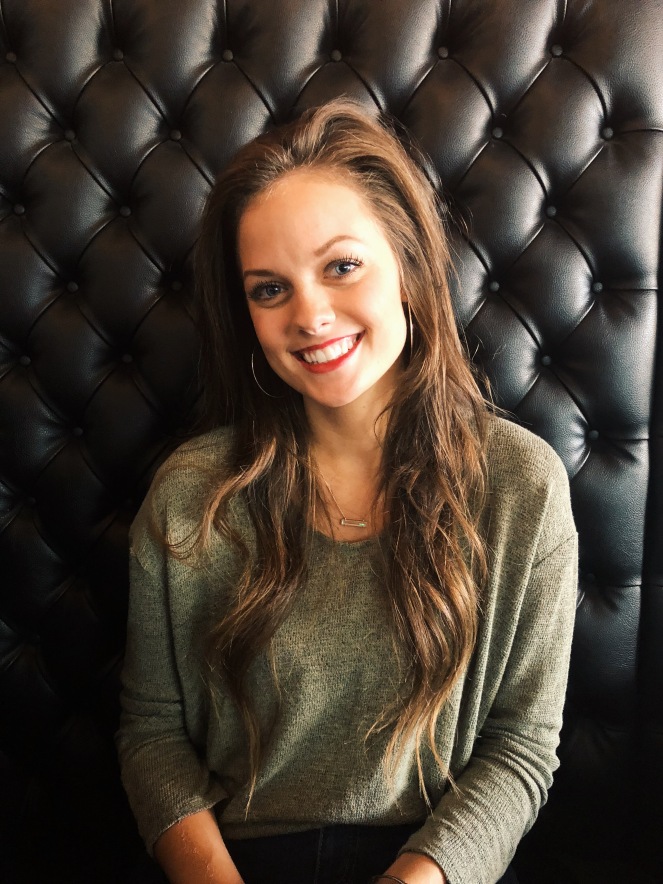 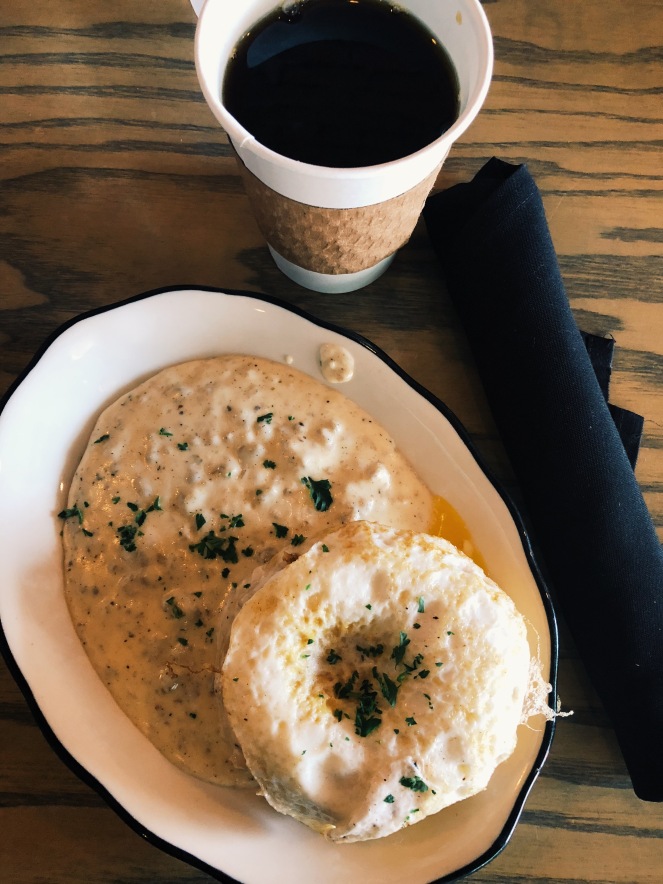 Louisberg is about a 45 minute drive outside of downtown. While there are some other pumpkin patches around the area, the cider in itself is worth the drive. I will warn you: there are two “sections” of this location. The parking area leads you in the general direction of the Pumpkin Patch and Corn Maze. There is a petting zoo, play area, wagon ride, and of course the corn maze & pumpkin patch. The actual cider mill is located up the hill. We all three thought to ourselves that it would be super fun if we had my nephews there with me, but there wasn’t much for three mid-20 year olds to do there, especially with the $10 admission.

***Go up the hill if you are a basic girl and just want the cider slushie, apple donut and a picture with the red barn. This will be more your scene. This is where the cider is pressed, and you are able to see the process from beginning to end. There is also a Country Store where you can buy some cider to take home as well as other as sweet treats, fruit butter and more. There is a band on weekends on pumpkins scattered about for the ~perfect photo op.~

I’ve always been a sucker for the River Market. My grandparents took me there one Saturday morning for the Farmer’s Market (before Farmer’s Markets were cool), and I was hooked. It has such an old vibe about it that I just adore. While the Farmer’s Market is only opened on the weekends, there is fresh produce on the West side at all times. Be sure to stop at Beignet on your way through, for a French style doughnut (I was craving one, but since my sole food intake was donuts that day, I opted out). I also can’t visit this part of town without stopping in at Planter’s for some fresh spices, teas, and coffee beans. The aroma of this store is out of this world, and cooking with grocery store bought spices is unheard of in my family.

Kansas City has really branded themselves as a “mural town” these days. People come from near and far to see the paintings throughout the city. 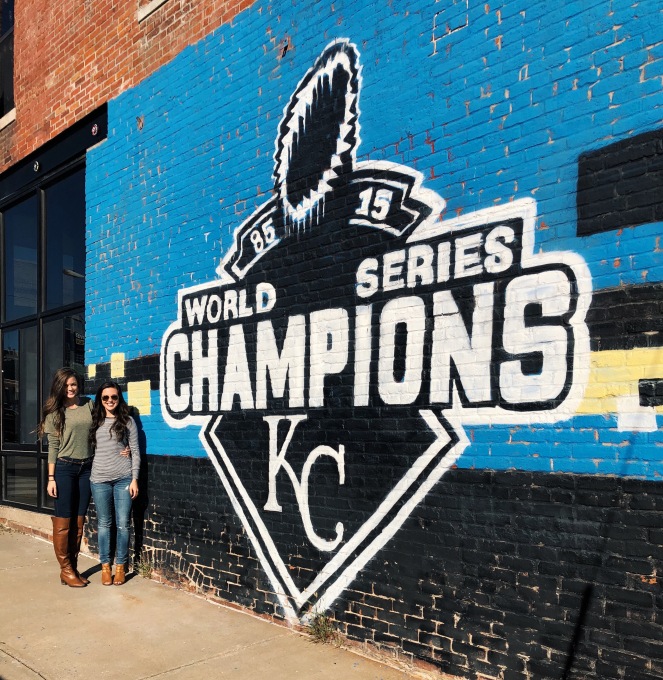 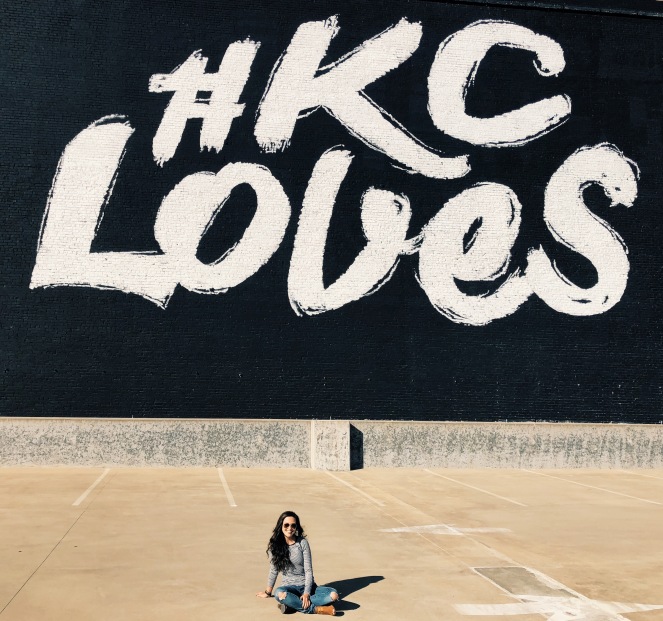 I had always seen this as an event in Kansas City during the fall, but  this was my first year to attend. It is similar to the Plaza Art Fair, in that most of the Plaza restaurants set up along to street selling a few signature cocktails and food. The attention is turned to Brush Creek, the waterway that runs alongside the Plaza. Bonfires are lit on the actual creek, and song and dance fill the atmosphere. It is said to be one of the most moving expressions of art in the U.S., and is only one of three held in the States each year. This event was a little outside my usual, but it was interesting to see and hear so many different forms or art in one evening.

Plus, I will use any excuse I can come up with to get my hands on a Senorita Margarita and some nachos from Zocalo. 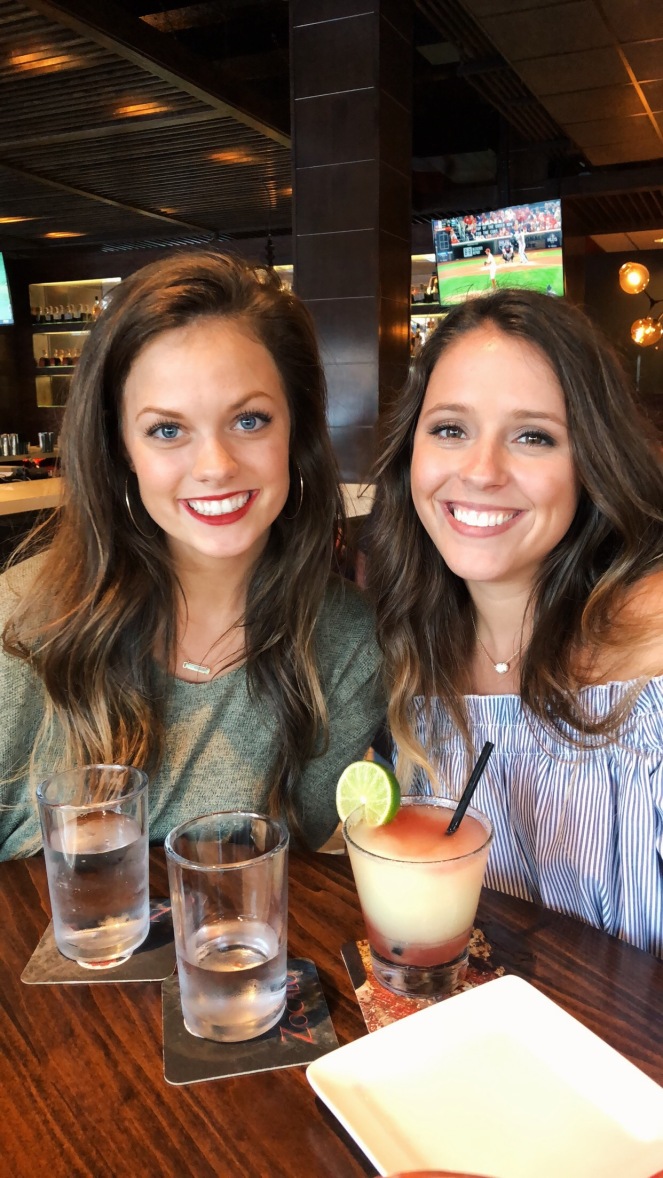 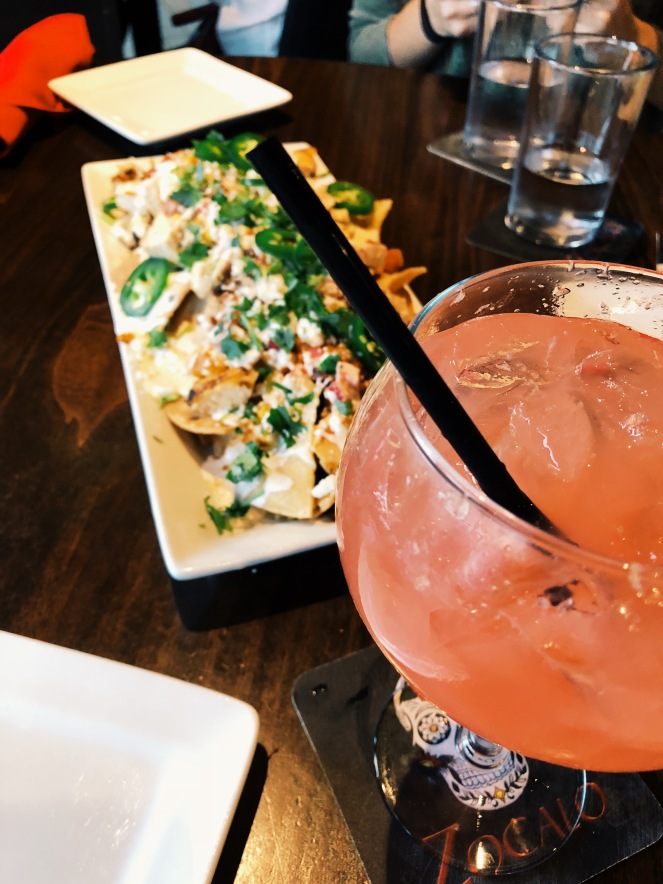 Huge thanks to my best gals, Natalie and Danielle for being my models and spending a fun fall day with  me in my city!